Camp 2 and the Polish Glacier

Last night I did not sleep at all, it was my worst night since I was on the mountain. The wind kept me awake till early morning. Amidst the violent noise of the storm I listened to Einaudi’s “Le Onde” time and time again and tried to relax, telling myself that everything was fine. What a contrast between the soft sounds of piano and the brutal weather that was going on around me, as if I found myself in two different worlds at the same time.

Vicky reached camp 2 late yesterday evening. He had made it to the summit. Today the two men headed down to basecamp, their adventure was over. Today I wanted to rest, and acclimatize before the summit bid. Eduardo wanted to explore the route up to Independencia and set out after breakfast.

I knew that once Demetrius and Vicky had left, I would be alone. There is a big difference between being alone and being left alone and I did not look forward to the idea of being left alone. Eduardo left first and I kept on watching him for some time, moving slowly through the Traverse. I then took pictures of the young men, we said good bye and I watched them disappear. Then I was on my own, alone at 6000 meters…

The first thing I did was looking for a frozen lake where I cut out snow and ice with my ice axe and filled a large stuff sack with it. I enjoyed melting water, although it was a slow process and my burner did not perform as well as it did at base camp altitude. The igniter had stopped working but fortunately I had stormproof matches that did their job.

After hours of snow melting I had enough water for the day and I tried to rest. I lay down, but could not sleep. I wondered where Eduardo was, as I had expected him to come back after a few hours. Meanwhile, clouds came in, it started snowing and visibility decreased to almost zero. "El viento blanco" in all its majeure.

I did not want to leave my tent, going outside was ridiculous in this storm. Even for a pee. The peefunnels that were sold in the outdoor shops did not work for me so I had fabricated my own out of a menstruation cup and a plastic straw that belonged to my son's favourite smoothy cup (sorry M, I will buy you a new one!). This meant I could pee in a bottle in my tent. It may sound easy, but I was no pro, and I did not always manage to keep it clean.

Alone on the earth

By the end of the afternoon I had spent hours in my tent. There was nowhere else to go. It was a strange feeling to be all alone at almost 6000m in these turbulent weather conditions. The wind was banging on my tent. I wanted to save the battery of my phone for pictures so I had stopped listening to music. I wrote in my diary.

I looked outside to see if Eduardo was coming back, but stared into a white out. Back in my tent again. I looked outside again. I shouted for Eduardo. It felt like I was alone on the earth. Why had he left me? What if he did not come back? Would I go out and look for him? Would I be able to climb down the steep icy part by myself? I felt dizzy, like my head was spinning. The constant blowing of the wind almost made me go crazy. My tent was dirty with snow, sand, and frozen pee. This was insane. I had made up my mind: I wanted to go back. This adventure was too big for me. I cried. I prayed. To Aconcagua. To Ameghino. If they would please bring back Eduardo and keep us alive.

Eduardo on the summit

Around 17:00 I saw a black spot coming my way. I was so happy to see Eduardo that I ran out of my tent and hugged him. Of course, I should not have worried about him. He did not feel well as a stomach bug had bothered him for days since we left the road, but despite his condition he went on and on until he had reached the summit. It had taken him just four and half hours to summit (which is incredibly fast; 10 hours is the standard) and then he had rushed back to camp 2.

I was totally surprised and disappointed in a way. I thought we would summit together? The more I thought about it, the more I realized that my feeling of unfairness originated from my own mindset. Eduardo had summited because he could, not because he wanted to summit without me. And he most probably wanted to summit with me again. Nevertheless, I had worried a lot that day, instead of giving myself a break, and one can question if it was such a good idea to split up.

Peter texted me the weather forecast and the next three days would be snowy and extremely stormy, further ascending was a no go. The choice was either sitting out the bad weather or going down tomorrow. 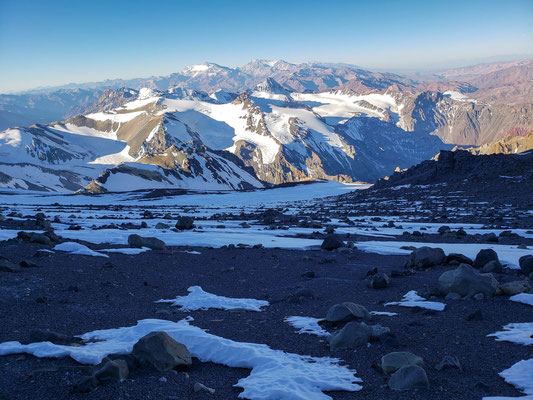 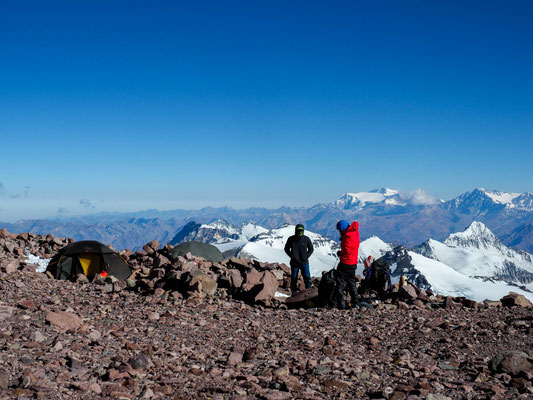 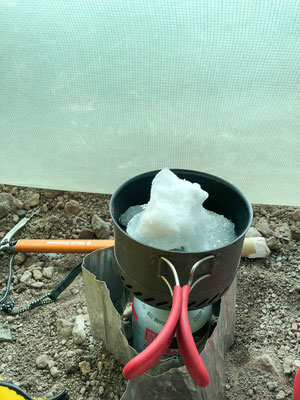 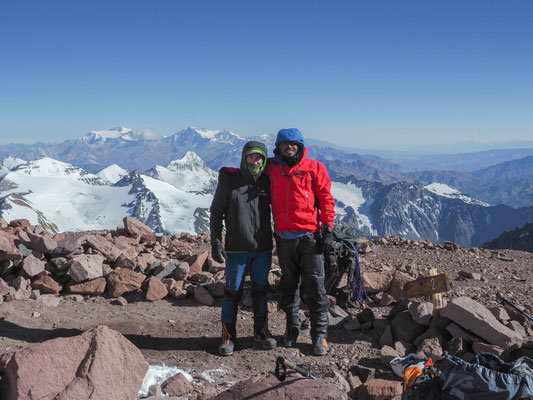 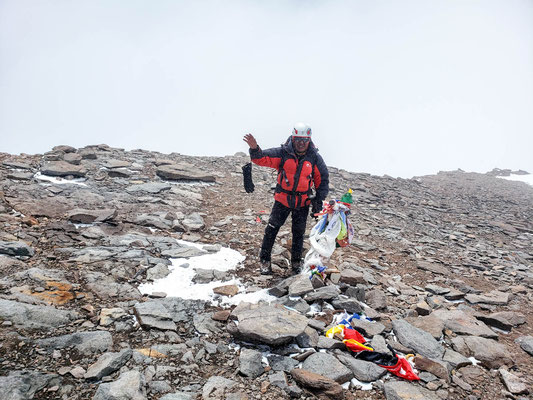 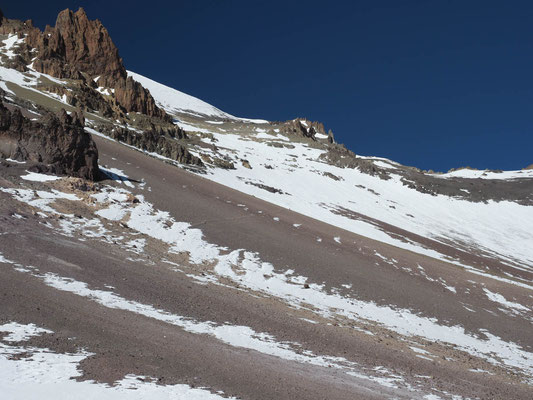 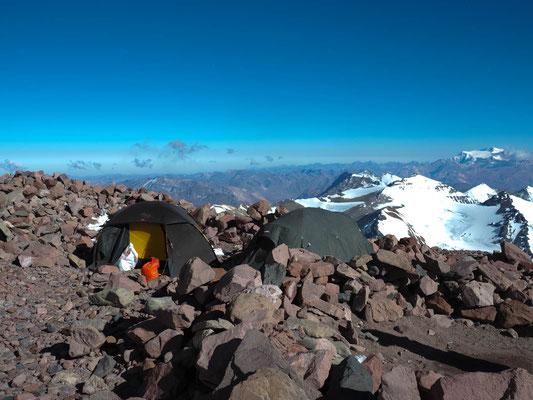 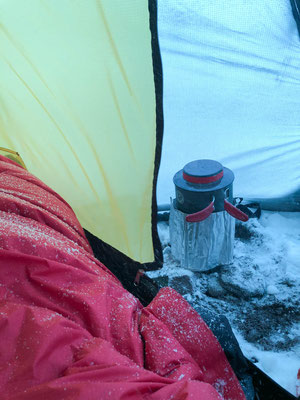