day 10 - clarity on the mountain

Last night in camp 1 was so cold that the water in my bottle was frozen by the morning. The sky was crystal clear, as it had been most of the days thus far. Today we hiked up to camp 2 with all our stuff.

My 65L backpack felt monstrously heavy. With his 45L pack Eduardo clearly did not carry as much weight as I did, and I wondered why I had not been so clever to buy a smaller bag.

A lot of willpower

The wind shaped beautiful cloud formations above the summit of Aconcagua and by the time we reached the big boulder underneath camp 2, the sky was covered with a thin layer of clouds that swirled high above us, which made me feel like a tiny dot in the middle of the universe.

We were now at the bottom of a steep section of snow and ice (which normally is just scree and a frozen river) that we climbed with crampons and a rope. When we arrived in camp 2, I was exhausted and I wondered how I had been able to climb all the way up here. Certainly it must have been a lot of willpower that made me do it. I was so happy to have arrived!

Camp 2 lies at the foot of the Polish Glacier, at the beginning of the Polish Traverse. It was impossible to find a sheltered spot for our tents, so we looked for a flat piece of ground behind small stone walls. We weren’t the only ones.

The tent next to us was open and I found Demetrius in his sleeping bag, feeling miserable. He and Vicky had started their summit attempt via the Traverse this morning, but Demetrius got altitude sickness and had to turn around at the Independencia hut, the highest refuge in the world at 6400m. (It's very small and parts of the roof have been blown away; I would not recommend to spend the night there.) Vicky had decided to continue and was still somewhere between camp 2 and the summit.

Even before we had started our expedition, Eduardo and I had agreed that we would decide in camp 2 which route to take to the summit, as camp 2 lies at the base of both routes: the direct, technical route over the steep Polish Glacier, with hundreds of meters of almost vertical snow and ice, or the Traverse track, that follows a horizontal track leading to a ridge at some 300 meters above camp 3 where it joins the normal route from the Horcones valley.

Now we were in camp 2, I realized I should have been clear with him upfront that the Traverse was the only route I could take from there. Now we had carried unnecessary technical climbing gear with us that we would not use anyway. And somehow we had to take it down the mountain as well - a waste of energy. 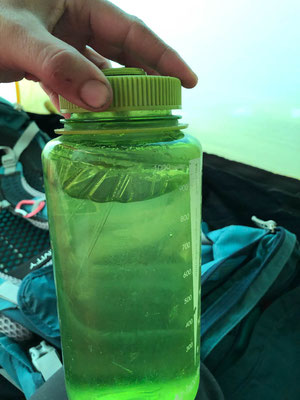 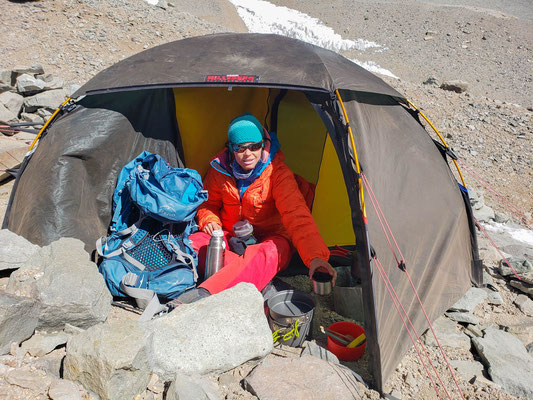 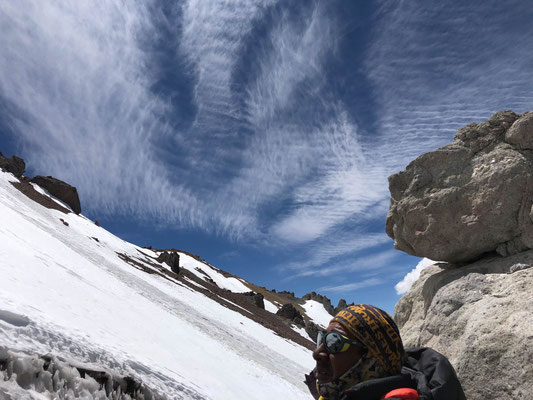 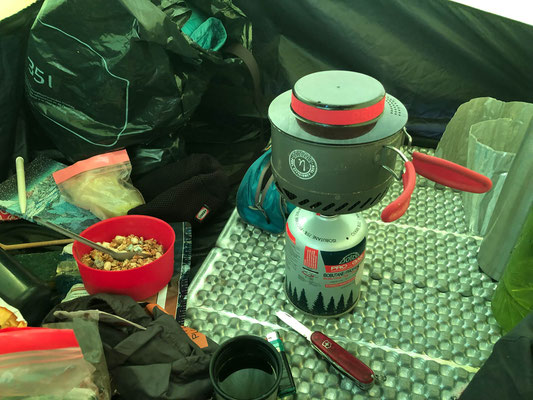 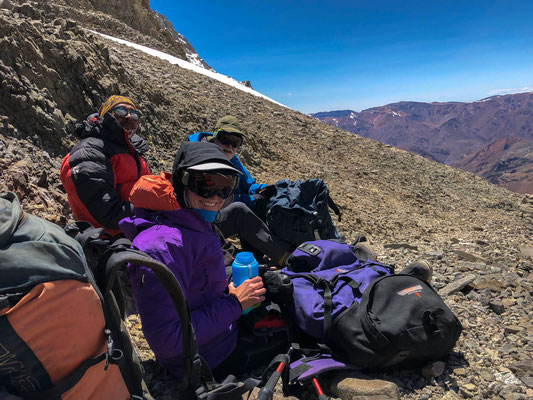 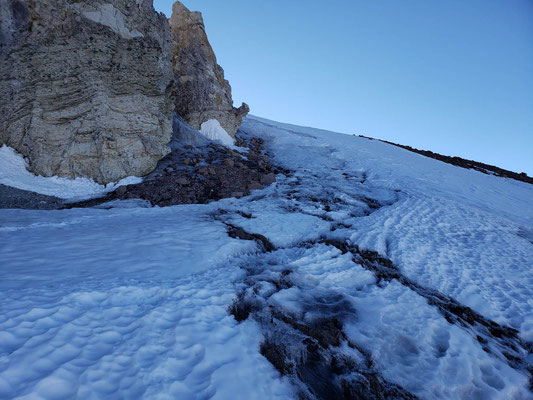 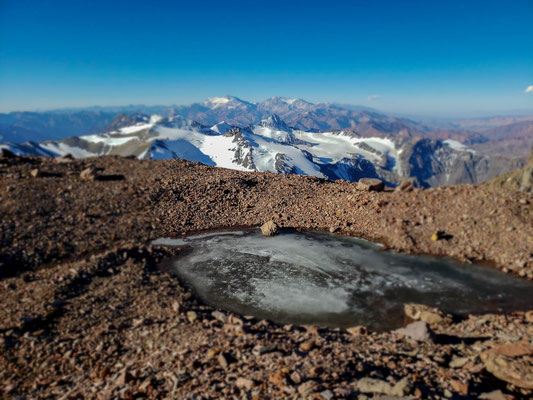 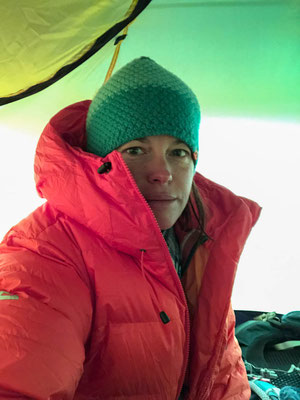